The burden of retirement savings often falls to employees because pensions and 401(k) plans are hard for many private businesses to afford or administer. Employee stock ownership plans (ESOPs) give smaller firms an option to entice the best talent while giving loyal employees retirement benefits. This type of employee benefit plan gives employees ownership of the company by placing shares in a retirement plan.

ESOPs are an excellent retirement program for employees and provide tax-deferred retirement benefits. Employees are not taxed on the benefits while they are working. Once they leave the firm, they are eligible to roll over the ESOP distribution to a traditional IRA or another retirement vehicle, tax-free.

Employees are the beneficiaries, and the stock is placed in their names in individual accounts and is typically paid out or distributed when the employee leaves the firm.

What Is an Employee Stock Ownership Plan (ESOP)?

An ESOP is a qualified defined contribution retirement plan where the company contributes to purchasing its stock for the benefit of employees. The Employee Retirement Income Security Act of 1974 (ERISA) regulates these plans.

Unlike many other retirement accounts, employees don’t contribute to these accounts. The employer offering the plan makes all contributions. The plan maintains an account for employees and shares of the stock vest over time before an employee is entitled to them.

Employees typically don’t buy or hold stock directly while employed with the company, but the plan is devised to transfer company ownership to plan participants over several years. When employees are ready to retire, the ESOP will repurchase shares from plan participants.

Many times small businesses don’t have access to liquidity, which is the ability to turn an asset like shares of ownership and convert it into cash. These plans are popular with small businesses and closely held private companies that need a liquid market for their shares.

An ESOP is created when the employer crafts an ESOP committee, which often consists of owners and key management members. This committee makes decisions concerning how the plan will be funded and operated. The committee appoints a trustee to monitor the program and act as a fiduciary in the best interests of the employees enrolled in the plan.

An attorney typically crafts a plan document describing the rules and procedures for the ESOP for the company leadership to approve and adopt. All qualified plans require employees to be 21 years or older and have completed 1,000 hours of service.

In an ESOP, a company sets up a trust fund to hold cash and shares of its stock. The employees are beneficiaries and typically earn more shares the longer they remain with the company, much like any other retirement account. As they earn shares, the trust places the stock in their names in individual accounts.

ESOP plans are defined contribution plans but differ from other types because only businesses organized as C corporations or S corporations can participate. That means firms such as partnerships, sole proprietorships, or professional corporations aren’t allowed to provide ESOPs.

In an ESOP, the primary contributions come from the employer. While employee contributions can occur, they are rare. According to a predetermined formula decided by the committee, the company makes tax-deductible contributions to the employee accounts within the trust annually. This is often set up based on employees’ tenure and compensation.

Typically, employers fund the plan with shares of their stock that an independent appraiser has valued. But cash contributions are allowed as well. In 2022, the limit on contributions to defined contribution plans, including contributions to an ESOP on employees’ behalf, is $61,000 or 100% of compensation. The IRS website offers more detailed guidelines on its rules for ESOPs.

Vesting is the time an employee must work before being entitled to the ESOP. Employees who leave the company before they are fully vested will lose or forfeit their benefits.

Under the Pension Protection Act of 2006, employers must use either a three-year cliff or a six-year graded vesting schedule. Employees must be told the rules and guidelines of the ESOP so that they are clear on how many years they must work before they would be vested if they leave and join another firm.

Using the three-year cliff schedule, there is no vesting until the employee has worked three years, after which their entire balance immediately vests. Under the six-year graded vesting schedule, 20% of the plan vests each year from the second through the sixth year.

If an employee leaves before becoming fully vested in their account, they forfeit the amount that isn’t vested, which can be reallocated to other participants.

ESOP benefits are typically paid out to employees when they retire at age 59 ½,  leave the firm, suffer a disability, or die. If an ESOP participant retires, becomes disabled, or dies, the ESOP must begin to distribute vested benefits during the plan year.

But if employees separate from the company for other reasons, they might have to wait up to five years for the distribution. Also, if someone leaves and wants a distribution before the age of 59 ½ — similar to other tax-advantaged retirement plans — the amount is subject to traditional taxes and an additional 10% penalty tax.

Some programs also allow hardship distributions where specific ESOP plans enable staff to receive a distribution while still working at the firm. But this varies from plan to plan and must be included in the plan’s documentation.

The plan must distribute benefits to any ESOP participant who is at least a 5% or more owner after the person reaches the age of 70 ½.

The amount an employee will receive in an ESOP distribution is determined by how many shares have been allocated to them, the valuation of those shares, and whether the employee is fully vested in their account. The distribution varies depending on the vesting schedule the firm uses. And the distributions or payouts can be made in a lump sum or equal payments for five years.

An ESOP is an attractive program for staffers, but just like any retirement plan, it carries a host of complicated rules and regulations. The plan must follow ERISA rules, and If the company or the participant doesn’t follow the letter of the law, there could be tax ramifications.

ESOPs provide many attractive advantages. Having an opportunity to gain an additional retirement plan is a plus for employees.

Although ESOPs are attractive, they are complex, and many employees may not fully understand them. Each program’s rules can vary and it’s up to the employee to make sure they understand how they work and how they fit into a diversified retirement portfolio.

Should You Participate in an ESOP?

Employees considering an ESOP have mostly upside because they don’t pay anything out of their pocket. Instead, the employer makes the contributions for them.

The downside of joining the ESOP, however, is that you must stay at the current firm until you’ve completed your entire vesting period. That may mean you have to turn down lucrative positions at other firms or lose out on full vesting if you leave too soon.

But if you’re happy at your current firm, it makes sense to join the ESOP if it is available. There’s little downside for you.

An ESOP provides significant benefits for the company and many employees. Many employees are entrepreneurial and want to be part of a smaller firm’s success. The opportunity to own company stock helps employees feel more connected to the company.

Are ESOP Plans Good for Employees?

An ESOP is an excellent supplemental opportunity for employees to plan for retirement. Plus it lets longtime employees acquire ownership of the company.

But employees should consider other retirement options as well. If an ESOP is your only retirement plan, you might consider investing in a Roth or Traditional IRA.

What’s the Difference Between an ESOP & Stock Options?

In an ESOP, you typically don’t directly own the firm’s stock while you’re employed. But with stock options, employees can purchase company stock at a fixed price, usually a discount. Employees can own stock while still working at the firm, profiting from buying the shares below market price and benefitting from their growth if the company does well.

What’s the Difference Between an ESOP & a DSPP?

An ESOP is a qualified defined contribution plan where employees gain equity in the firm they work in slowly over time. But employees don’t purchase publicly traded shares with their own money.

A direct stock purchase plan (DSPP) is a program where individual investors buy a company’s stock from the company without the added costs of a broker. A DSPP is not a retirement account but an investment plan you can use to purchase shares of many company stocks — not just the company where you work.

In a DSPP, employees make monthly deposits, and the company applies that amount to purchasing shares. Each month, the plan buys new shares or fractional shares of company stock with the money available from deposits. This allows individuals to accumulate shares over time with low costs.

Using a DSPP is an excellent strategy for first-time investors to gradually dip their toes into the stock market. But these stocks are often illiquid and can be challenging to sell without a broker. These investments work best when held for the long-term.

How Can I Cash Out of an ESOP?

Once employees have left the firm, they can cash out of an ESOP. However, if you quit your job or are laid off, it could take as long as six years to receive distributions. The company must send you a statement explaining precisely the amount of stock and cash in your account and the rules for receiving distributions.

Here’s how it works. When you’re fully vested and leave the firm, the employer offers to buy shares from you at a specific price that must be in place for 60 days. Privately held companies must hire an appraiser periodically to determine the price of the shares.

If you turn down the offer, the employer must repeat this process one year after the distribution period. You also can sell your shares to someone other than the firm, as long as doing so  is approved in the plan document.

Keep in mind every ESOP has a distribution and payout policy in the ESOP document. Some plans have a lump-sum threshold, and others offer installment plans. Typically, ESOP shares are paid out over five years, and installment payments are limited to six.

The good news is once your account is fully vested, if you’ve left the firm and you want to cash out of your ESOP, you can move the money to another retirement plan.

Moving those assets into an IRA or even into a 401(k) plan is easy. Individuals are taxed on ESOP distributions if you cash out, but if you roll the balance into another retirement plan, the taxes remain deferred. Typically, you have 60 days to move the ESOP into an IRA.

ESOPs have been around since the 1950s. Over time, as retirement options have changed, these plans have become an excellent opportunity to supplement retirement savings.

They have limitations, however, and companies and employees must follow ERISA guidelines.

ESOPs attract entrepreneurial-minded individuals who want to be part of a smaller firm and gain equity over the long haul. The National Center for Employee Ownership says about 6,482 firms sponsor an ESOP and hold more than $1.2 trillion in assets. There are more than 13.9 million participants currently.

These are attractive retirement options available for a limited number of firms. If this option is available, it is an excellent way to reward staff and help to spread out ownership of the firm.

How Much Does a Post Office (PO) Box Cost?

How to Qualify for Student Loan Forgiveness in 2022 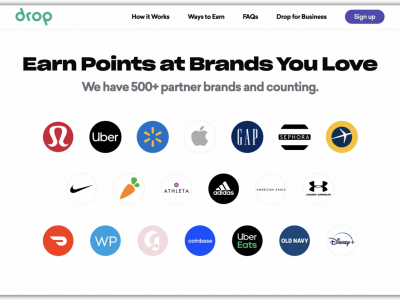 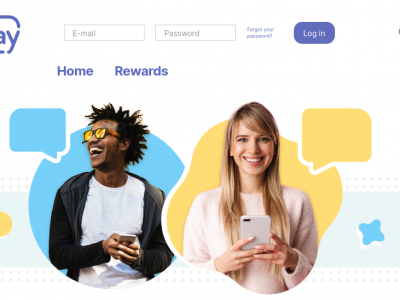