How much are you really paying in state taxes?

It’s a harder question than it sounds. It may be impossible to calculate the true total, given how many taxes, fees, and fines are hidden.

But you can estimate the average tax burden in each state by combining the three largest taxes: income tax, property tax, and sales and excise taxes. As a percentage of the average taxpayer’s income, the difference between the highest and lowest states’ tax burdens is striking. It can mean thousands of dollars per year.

If you’re thinking about moving to a new state, consider the taxes you will incur, then take a look at the states with the lowest overall tax burdens.

Most states charge income tax, sales tax, and property tax, while a few states only impose two out of these three.

Each state charges different rates for each tax type. Every year, WalletHub releases a report analyzing state tax burden data. They convert each state’s property and sales taxes to a percentage of the typical taxpayer’s income, enabling you to compare state taxes apples to apples: the total percentage of taxpayer income collected by each state.

Whether you’re older and looking for the best states to retire in, or younger and looking to start a family in a more affordable state, consider a fresh start in one of these tax-friendly states.

Alaska offers the lowest total tax burden of any state, costing taxpayers an average of 5.06% of their income. In fact, Alaska is the only state to charge no sales tax and no income tax at all, including taxes on investment income.

Alaska does charge relatively high property taxes (the 11th highest in the U.S.). Although it charges no sales tax, it does charge excise taxes on specific goods such as alcohol, tobacco, and gasoline. Municipal governments sometimes also charge their own local sales taxes.

Still, the lack of income taxes makes an enormous difference. Alaska is one of the eight states charging no income tax whatsoever. That includes capital gains tax, and Alaska doesn’t charge estate or inheritance taxes either.

Of course, not everyone loves the weather in Alaska. But for those who prefer a little distance from the rest of the world, it makes an attractive place to live.

Tennessee imposes no income tax on regular earnings, and recently phased out its “hall tax” on income from investments in a bid to attract more retirees. The state also charges no estate tax or capital gains tax, and low property taxes help reduce the tax burden as well.

Tennessee does charge relatively high sales and excise taxes, the 14th highest in the nation. That includes the highest beer tax in the U.S., at $1.29 per gallon. But of the three primary tax types, sales tax is the easiest to avoid and minimize.

Adding to the attraction, Tennessee ranks fifth lowest in the country for overall cost of living, although it ranks 26th for housing affordability.

Tennessee offers more cities than either #1 Alaska or #3 Delaware, from Nashville to Memphis and Knoxville to Chattanooga. It also features extensive rural countryside and mountains, including the Great Smoky Mountains.

With no sales tax at all and relatively affordable income and property taxes, Delaware charges the third lowest total tax burden on residents. A family earning the median U.S. income of $67,521 would pay $4,200 in taxes to the State of Delaware.

Unfortunately, Delaware does charge long-term capital gains tax at a rate of 6.6%. The state doesn’t charge estate taxes however, and because it prides itself on not charging a sales tax, local governments don’t typically charge it either.

On the employer side, Delaware offers relatively low corporate tax rates. It’s long been a business-friendly state on both tax policy and privacy.

Wyoming also charges no state income tax. Its sales and excise taxes remain moderate at 3% of the average Wyomingite’s income, but residents pay relatively high property taxes — the 15th highest in the nation.

For a median-income household, this translates to a $4,267 annual tax burden.

Wyoming also charges no estate tax and no state gift tax, a win for parents looking to provide for their children.

Like Montana (more on it shortly), Wyoming offers sprawling ranches, beautifully rugged landscapes, and few cities. You can find good skiing like its sexier (but higher taxing) southern neighbor, Colorado. It boasts many charms, but anyone looking for the fast lane or mild winter weather should look elsewhere.

Sweetening the deal even further, New Hampshire is one of the five states that don’t charge a sales tax rate.

That means the state has to make up that tax revenue elsewhere. In this case, New Hampshire residents pay the third highest property taxes in the country as a percentage of income. But no income tax, no sales tax, and modest excise taxes still make it more attractive than most states. Plus, New Hampshire doesn’t charge an estate tax.

A median household pays around $4,328 in combined property, income, and excise taxes.

Although light on cities, New Hampshire is rich in mountains and fall foliage, along with a brief New England coastline. Take advantage of its abundance of nature with more than 90 state parks and less-expensive skiing than its more famous neighbor, Vermont.

Florida charges no income tax, and no inheritance taxes either. Property taxes are middling, as the 28th highest in the nation. Florida does charge higher sales and excise taxes than most states though, as the 16th most expensive state for them.

For a median household, that amounts to $4,483 in annual taxes.

Florida’s warm climate, extensive coastline, beautiful beaches, and low tax burden all combine to make it a magnet for snowbirds and retirees. Plus Florida offers a huge variety of cities, along with plenty of more rural areas as well.

And for anyone who thinks Florida lacks history or culture, St. Augustine retains its Spanish colonial vibe from its founding in 1565. It remains the oldest continuously populated city in America.

South Dakota has seen a population boom in recent years, but it still enjoys a low cost of living. The 14th lowest in the country, to be exact.

A median U.S. household pays $4,808 in taxes each year to the State of South Dakota.

Montana imposes no sales tax, helping to keep its total tax burden low. Its property taxes are higher than average, ranking 13th highest in the nation. Income taxes also rank higher than average at 15th in the country, but excise taxes amount to just 1.24% of income.

A median household would pay $4,990 in state income, property, and excise taxes.

Montana does charge capital gains at a rate of 6.9%, however it doesn’t charge an estate tax.

Unfortunately, housing prices have popped in Montana in the wake of the coronavirus pandemic. Residents from California, Oregon, and Washington looking to escape their states’ higher tax rates flooded into Montana. In other cases, telecommuters snatched up properties as vacation homes for the summer months.

And wow, is Montana gorgeous in the summer. Winters are harsh, but those looking for a modern “Wild West” feel won’t be disappointed by Montana’s wide tracts and endless skies.

Although Alabama imposes all three taxes, its property tax burden ranks the lowest in the country at 1.41%. Income taxes are also relatively low, but the state charges relatively high sales and excise taxes, averaging 4% of the average resident’s income.

Still, the combination keeps Alabama’s total tax burden among the lowest 10 states in the nation. A median family would pay $5,003 per year in state taxes.

Although Alabama doesn’t charge estate taxes, it does charge a 5% tax on capital gains.

The state also ranks 10th on low cost of living in the U.S., to further stretch every dollar you earn. Alabama boasts a coastline along the Gulf of Mexico and many charming smaller cities, such as Birmingham, Mobile, Montgomery, Huntsville, and Auburn.

For a median income household, those state tax burdens add up to $5,044 in annual taxes.

Sadly, Oklahoma does charge capital gains tax at a rate of 5%. But the state does not charge an inheritance tax.

Known for its flat agricultural land, Oklahoma offers a few medium-sized cities as well. Oklahoma City has about 1.5 million residents, and the Tulsa metro area recently surpassed 1 million people. And hey, you’ll have plenty of opportunities to burst into song, if you like the musical.

State and local taxes add up to real money. For example, a family earning the median American income of around $67,521 would save $5,192 per year by moving from the highest-taxed state (New York, who else) to the lowest (Alaska).

For high-income earners, the savings add up even faster. And that says nothing of other state revenue and tax types not included in the tax burden numbers, such as state capital gains taxes, inheritance taxes, tolls, vehicle registration fees, and so forth.

If you’ve been thinking about a change of scenery, start your search with these 10 states with the lowest tax burden. Many also offer lower cost of living than most of the U.S. (I’m looking at you, Hawaii and Massachusetts). With the money you save from their lower tax bills, you can fund your retirement, travel more, or just enjoy being a little wealthier.

What Is A Brushing Scam? 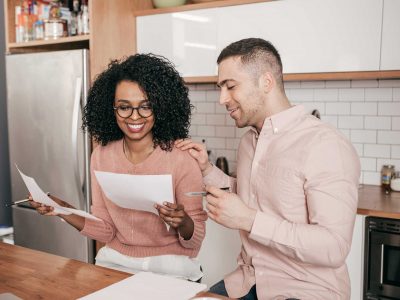 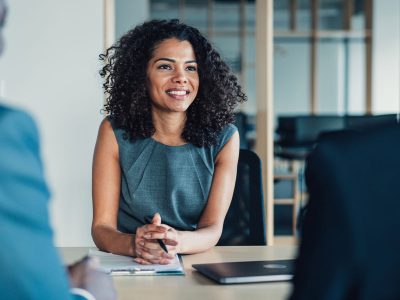 What is Wealth Management? Everything You Need to Know