You deposit your paycheck with your bank because it’s safer there than under your mattress. And that’s true under normal circumstances. But what happens when recession looms and depositors get anxious?

When too many people try to withdraw money from the same bank within a short period of time, a bank run ensues. Back in the day, when gold-backed banknotes were the coin of the realm, bank runs would literally drain banks’ cash reserves and force them out of business. Today, bank runs are more likely to be “silent” — marked by numerous electronic funds transfers into other accounts. They can still spell doom for affected banks though.

The good news is that if you bank with a financial institution insured by the Federal Deposit Insurance Corporation, you’re unlikely to lose money in a bank run, even if you don’t get your funds out in time. In fact, your money is safer in the bank during a recession than as cash stored in your home, where it’s vulnerable to theft, fire, and other perils.

Is Your Money Safe in a Bank During a Recession?

In short, yes, your money is safe in a bank during a recession. As long as the bank is FDIC-insured.

To find out if your bank has FDIC insurance, look for “Member FDIC” language on the bank’s website or in its marketing materials. Many banks even work small “Member FDIC” icons into their logos.

They want you to know they’re fully insured by the U.S. government.

FDIC insurance supports the widely held view that bank balances are low-risk investments — albeit low-return as well. However, it has some limits.

The good news is that this list is pretty broad, covering all the common account types offered by U.S.-based banks. But if you’re not sure whether your account type is covered by FDIC insurance, check the FDIC’s full list of covered financial products.

The FDIC’s insurance coverage is not unlimited. Even the federal government has to watch its bottom line.

If you have a healthy amount of cash, you can avoid the $250,000 limit by opening accounts under different ownership categories.

For example, if you keep $500,000 in a mix of savings and checking accounts in your own name at the same bank, you could lose $250,000 if the bank fails. Move half of that balance to a savings account held jointly with your spouse and you won’t lose a dime.

FDIC insurance excludes lots of financial products you might hold as part of a diversified investment portfolio.

These products aren’t typically thought of as “bank accounts,” but they may be marketed by the same institution you bank with, and you might not think twice about using them:

Some of these investments, such as U.S. Treasury bonds, are considered very low-risk. But others are exposed to stock market volatility and can lose value. In particular, market-traded securities like stocks, mutual funds, and ETFs tend to perform poorly during recessions and are not insured by the FDIC.

Is Your Money Safe in a Credit Union During a Recession?

Your money is just as safe in a credit union during a recession as it is in a traditional bank.

Credit union balances aren’t insured by the FDIC. Fortunately, they have a very similar type of deposit insurance through the National Credit Union Administration (NCUA).

The standard share insurance limit is $250,000 per ownership category:

Should You Withdraw Money From Your Bank in a Recession?

No. You should not withdraw money from your bank during an economic downturn if you wouldn’t have done so during normal times.

You should only make withdrawals from your bank during a recession if you need to spend it or reinvest it. Remember, as long as you abide by FDIC regulations, your money is protected by the federal government and you won’t lose a dime due to a bank failure.

In fact, you might want to add to your bank account balance during a recession if you can afford to do so. Padding your emergency fund is smart protection against unemployment, which you’re more likely to face during an economic downturn. The early part of a recession often sees relatively high interest rates, which make savings balances more productive.

Recessions are normal parts of the business cycle. They’re not cause for panic.

At least, not anymore. In the old days, before the FDIC insured bank balances and before central banks like the Federal Reserve could raise and lower interest rates at will, recessions were ugly affairs during which many people lost the life savings they thought were safe in the bank.

These days, your recession experience might include a steep decline in your stock portfolio or a dip in the value of the real estate you own. Your short-term liquidity might suffer if you lose your job or see your hours cut. You might need to lean on credit cards more than you’d like, with negative consequences for your personal credit rating.

But don’t hold your breath waiting for the banking system to collapse. The U.S. economy might sputter, stocks might fall, and the housing market might crash, but your cash will be there when you need it.

Composer Review – Is This Intuitive Trade Automation Software for You?

Vision Care Insurance Plan – What Does It Cover and Is It Worth the Cost?

ForexSignals.com Review – Can It Give You an Edge in Forex Trading? 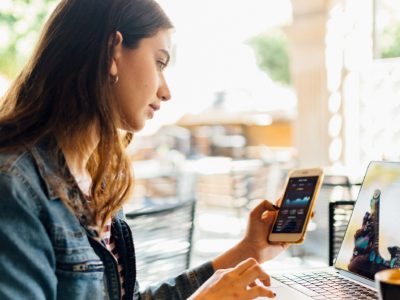 Mintable Review – Is This NFT Marketplace Right for You?