Billionaires are always an interesting topic. Imagine what you could do if you had a billion dollars sitting in your bank account. The Forbes World’s Real Time Billionaires list shows that Jeff Bezos is anywhere from the richest to the fifth richest person in the world, depending on the day. He shares the top five with Tesla founder Elon Musk and fashion mogul Bernard Arnault.

Jeff Bezos’ net worth currently sits north of $145 billion. He could buy everyone in the world a venti freshly brewed coffee at Starbucks and still have well over $125 billion to play with.

In 2017, the American entrepreneur and founder of Amazon surpassed Microsoft founder Bill Gates to become the world’s richest person for a brief period. He had a net worth of around $200 billion at the time. Today, his wealth outranks the likes of Warren Buffett and Google co-founders Larry Page and Sergey Brin.

Bezos’ ex-wife Mackenzie is one of the world’s richest women as a result of a divorce settlement that put about $38 billion in her pocket. She immediately contributed more than $4 billion to charity.

How Did Jeff Bezos Make His Money?

Many saw Bezos as a genius when he was a toddler. He even took his crib apart with a screwdriver when he was just three years old. Why? Because he wanted to sleep in a real bed.

Today, Jeff Bezos’ net worth allows him any bed he’d like. He could even buy 23,174 of the world’s most expensive beds — if they existed. The two extant Baldacchino Supreme Beds each cost $6.3 million.

So, how did Jeff Bezos get his hands on all that money?

Bezos knew he wanted to build his own business early on. He turned down several jobs with big brands like Intel and Bell Labs after he graduated as a computer science major from Princeton University. Instead, he joined a fintech startup called Fitel where he was in charge of developing a network for international trade.

After about two years, Bezos realized Fitel wasn’t taking off and decided to work at Bankers Trust instead. His new position found him developing software applications for the company’s pension fund customers.

Bezos only spent two years with Bankers Trust before he jumped ship yet again. This time, he went to the Wall Street hedge fund D.E. Shaw where he quickly climbed the ranks. He became the company’s youngest senior vice president in 1992 after just four years working there.

By 1994, Bezos had noticed the lightning pace at which the internet was growing. Over the previous year, internet users had grown by more than 2,300% and analysts expected the trend to continue.

Bezos made a list of 20 products he believed had the best online sales potential. Eventually, he settled on books. Seattle-based Amazon.com, the primary source of Bezos’ wealth, was born. Today, it’s a household name more commonly known as, simply, “Amazon.”

When Bezos founded Amazon, it wasn’t the e-commerce giant it has grown to become today. Instead, it was a simple online bookstore founded on the idea that if someone could make books easy and affordable to buy, people would buy them. It was really that simple.

Amazon has blown up to become one of the largest companies in the world, with a market cap of well over $1 trillion. The company even owns the popular brick-and-mortar health food chain, Whole Foods Market, where you can save 10% if you’re an Amazon Prime member. It also owns the popular cloud computing brand Amazon Web Services, which is now critical to its profitability.

Bezos was Amazon’s acting CEO throughout much of its history. He didn’t step down until July 2021, when he handed the chief executive seat to Andrew “Andy” Jassy.

Though Bezos isn’t the CEO of Amazon anymore, he’s still the company’s largest shareholder. Bezos owns about 10% of Amazon shares. At Amazon’s current stock price, that works out to well over $100 billion.

Jeff Bezos has always been interested in the cosmos. When he was a kid, he told his teachers that the future of mankind wasn’t on earth, but in space. Today, he’s bringing his belief to life with Blue Origin, his space travel and exploration company.

Bezos and his team at Blue Origin have made incredible strides over the past decade or so. The company has successfully brought several celebrities to the edge of the atmosphere and even brought Bezos himself to space.

Blue Origin has another impressive achievement: In 2015, it launched and successfully landed a reusable rocket for the first time.

Blue Origin is a private company with a private balance sheet; there’s no way to tell exactly how much money the company is worth. Moreover, there’s no telling how many shares, if any, Bezos has sold to help fund his cosmic endeavors.

The most accurate estimates suggest the company is worth around $100 billion. The best way to come to this conclusion is to look at the company’s closest competitor, SpaceX. In May 2022, SpaceX raised funds at a $127 billion valuation.

Both companies are at similar stages of development and operate at similar scales, so a $100 billion valuation at Blue Origin is a modest estimate at the lowest value that would likely be placed on the company. Even if Bezos only retained 15% of the company since its inception, his shares are worth around $15 billion.

Bezos has also had several big wins in the stock market, as can be expected from the youngest person to be appointed Senior Vice President at D.E. Shaw.

In 1998, Bezos saw a right-place, right-time opportunity and invested a quarter million dollars into Google. At the time, Bezos purchased 3.3 million shares of the company. That worked out to just over $0.075 per share.

After a two-for-one stock split followed by a 20-for-one stock split, Bezos would have about 132 million shares of the company if he held onto his original position. That would be worth nearly $14 billion at today’s per-share price, although nobody knows how many shares Bezos has retained since Google’s IPO.

In 2008, Bezos invested in Twitter while it was still a private company. The amount of money he invested and the size of the stake never became public information, although rumors suggest he invested about $15 million.

It’s impossible to pin down how much money he made in the deal without knowing how much he paid and the stake he purchased. But if he did invest $15 million in 2008, his stake is likely worth over $100 million today.

In 2014, Bezos invested about $25 million in Juno Therapeutics, a biotechnology company focused on the field of immunotherapy. In 2018, Celgene acquired Juno Therapeutics in a deal worth $9 billion.

It’s nearly impossible to pin down exactly how much money Bezos made in the deal, but the company’s market cap climbed more than 400% from IPO to acquisition. It’s safe to say he made $75 million at a very minimum, and more likely around $100 million, due to how much the company increased in value after he took his stake.

In truth, I’d bet my bottom dollar he made much more. Private funding rounds typically provide large investors with steep discounts to current valuations — and remember, we don’t (and may never) know exactly what the company was worth when he made his initial investment.

Finally, Jeff Bezos has a pretty extensive portfolio of stocks including names like Uber, Airbnb, and Remedy Global. There’s no way to tell exactly how much money he’s made through his investments. We suspect he’s made at least $10 billion and we believe even the high end of our estimate, at $20 billion in stock market profits, is likely extremely modest.

Bezos is also a prolific real estate investor with properties across the country. According to the New York Post, Bezos owns more than a dozen properties worth more than $500 million, though the exact value of his real estate portfolio changes with market conditions. Some of his most amazing properties include:

These purchases are just a few of the massive real estate deals Bezos has made. Today, he has a real estate portfolio with an estimated value between $500 million and $600 million.

In 2013, the internet had grown to be overwhelmingly popular and many feared that it would kill the printed news industry. That’s when Bezos surprised the world by dropping $250 million to buy The Washington Post.

Bezos had no intention of keeping The Washington Post as a primarily printed paper. Instead, he brought the traditional paper to the online world, and the company went from hemorrhaging money to printing profits within three years, largely because of the online traffic Bezos and his team had driven to the brand.

We do know that The Washington Post was profitable for some time before running into recent troubles, according to the New York Times. Web traffic tripled within three years of Bezos taking control. Taking all factors into account, we would estimate the value of the paper at between $750 million and $1 billion, but that’s just an extremely rough estimate.

There are a few things you might find shocking about Bezos and his money. Some of the facts I found most interesting are:

Bezos is one of the most financially successful men in the history of the US. Although it’s unlikely you, or I, will ever reach his level, his investments offer clues about where we might want to invest for eye-popping returns.

18 Business Ideas for Teachers (Looking for a Side Hustle) 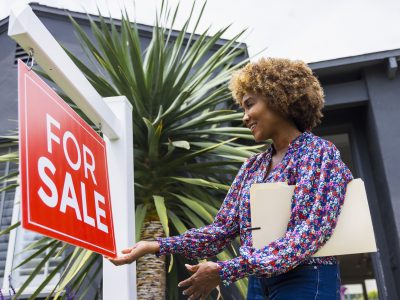